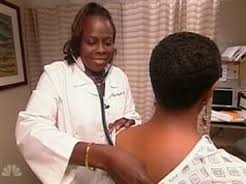 October has become the cornerstone month of Breast Health and Breast Cancer Awareness. (For those of us who are Survivors and/or educators in Breast Health/Cancer, every month is a cornerstone).  Celebrating, recognizing and acknowledging October is monumental as organizations across the spectrum worldwide give reverence to the disease.  Having moved from a “Women’s” disease, recognition has also been finally accepted that Men, too, get breast cancer.  Various treatments and protocols have developed in providing the best outcomes for women diagnosed with breast cancer.  Treatment still falls behind for the men who are diagnosed, though the stigma of a man with breast cancer has been lifted.  Advancement abounds in this area.

The medical community as well as various organizations, both non-profit and for-profit have made significant strides in educating our communities, the newly diagnosed, the long-time survivors, those living with metastatic disease, the not-yet diagnosed, the young (younger women are diagnosed increasingly), the care givers, the care providers, families, friends and so many others.

Little has been documented regarding how Heart Damage may result from the treatment a woman receives during her Breast Cancer treatment.

I am a 17-year Breast Cancer Survivor, diagnosed in 2016 with Heart Disease as a result of the treatment I received in 2001.  Shocking? Initially yes.  Surprising? Definitely yes.  Those who know me, know that I am a “warrior”, and a “fighter”. I’m also a “griot” (storyteller). For Breast Cancer Awareness Month, I hope you will take this journey with me as I share not only my story, but the story of other survivor sisters, living with and surviving not only Breast Cancer but also doing it while living and surviving Heart Disease.

I began advocating in the area of Breast Health/Breast Cancer Awareness in the 90’s, well before my own diagnosis in 2001. I realized at that time that there was a gap in education, testing, diagnosis and treatment of African American Women regarding Breast Health and Cancer Awareness. I began attending events related to Breast Health/Breast Cancer and often I was the only woman of color in attendance. My attendance led me to a brave woman, named Myrtle who not only shared her story with me, but also tried educating the men we worked with by showing her scars after a double mastectomy.  I met other sisters, namely the Denise Roberts Foundation and the Watts Women of Color; yet at that time there was nothing in Pasadena, CA where I then lived.  Little did I know that I myself would one day be diagnosed.  I was the consummate health fanatic, exercising, eating properly and bringing vital programs to the community.  The last Sunday in January, 2001, I found a lump in my left breast while on a phone call.  This is significant that it was the left side.  I had a lumpectomy, followed by 5.5 months of chemotherapy and 6 weeks of radiation.

Fast forward to 2014, when I began having small challenges (I thought from work related stress). I’d have times of not feeling well, dizziness, fainting on occasion; 2015 I began experiencing elevated high blood pressure and severe edema (swelling) in my feet and ankles which lasted 2 or 3 days. I’d altered my food intact, specifically salt intact, though I wasn’t a salt eater yet enjoyed going out to dinner, thereby thinking the salt was from restaurant prepared foods.  In 2016, the edema became pronounced. I remember in March 2016, I was to go dancing with a friend and on the day we were scheduled to go, apologizing and breaking the news that I couldn’t go because my feet were so swollen, I was unable to put on any cute heels. Prior to that I had to buy flats for an event we were attending and again, couldn’t wear any of my existing shoes.

In April 2016, I flew to my home state of New Jersey, visiting family and upon exiting the plane had difficulty breathing. My thought, I’d caught a red-eye, had worked the day previously, had not slept during the entire flight and was feeling exhaustion. I was hospitalized three days later with Congestive Heart Failure and thus the journey had begun. Mind you for two years, symptoms were evident. My Primary Care Physician knew something was amiss with my heart, however, the specialist I was referred to dismissed the symptoms, commenting that my tests were normal.  In New Jersey, the tests showed otherwise. In total, the doctors at Kennedy Hospital, removed three liters of fluid from my body, including from my lungs. Within 1 week, I lost 12 lbs., all of which had been fluid stored in my body. One can die from fluid in the lungs, suffering from undiagnosed Congestive Heart Failure.

Continuing with Breast Cancer and Heart Disease.  In our group (Sassy Survivor Foundation), there are five of us with heart issues. As I speak with doctors and have done my own research, this is a new area of study, a phenomena, that had not been looked at until recently. I have what is called “Radiation Fibrosis”. My heart was damaged during radiation, nearly 18 years ago. For some women, radiation fibrosis will show up within weeks of treatment, some within months and in my case, it took years.  In other women, it could be the chemotherapy drugs they are taking; the most recognized being Herceptin.

Reports say to discuss this with your physician/oncologist, however do you know to discuss this if you’ve not heard there could be a connection between Breast Cancer Treatment and Heart Disease?

In speaking with other survivors and/or family members of survivors, I’m finding it is more prevalent than I’d ever heard.  How did my heart get damaged, leading to radiation fibrosis? My treatment focused on my left breast, thus the same side as my heart.

One of my survivor sisters is taking Herceptin for the rest of her life, which has resulted in her recently having a “cardiac ablation surgery” due to SVT, another had ablation surgery and subsequently has had a pacemaker implanted, others have come forward with their own heart issue surgeries.  Finally, one of my doctor friends said she’d identified this phenomena years ago and is currently looking for funding specifically to help African American women.  That does not go to say other ethnicities aren’t impacted, yet we know that African American women are diagnosed later in the stage of Breast Cancer, thereby increasing our mortality rates over other ethnicities.

Early detection of Breast Cancer has a 98% survival rate. Information in key to our success in survival. This is why I believe God has kept me here – to educate and inform my sisters of what questions to ask of their surgeons, radiation oncologist and chemo oncologist.

The following is an excerpt from the Mayo Clinic responding to the question of chemotherapy as well as radiation in correlation of heart disease. This was written in October 2015.

Can chemotherapy side effects increase the risk of heart disease?

Treatment with angiogenesis inhibitors and certain other targeted medications has been linked to high blood pressure (hypertension).

Fortunately, heart disease associated with chemotherapy is rare — and not all chemotherapy drugs carry the potential side effect of heart damage. (my footnote -discuss with your doctor prior to treatment)

Some anti-cancer treatments may cause temporary heart damage by weakening the heart muscle. These treatments include:

The chance of heart damage from anthracyclines is related to the total amount received during your lifetime. Your doctor will carefully monitor how much of these drugs you receive. Heart weakening from HER2-directed medications, such as trastuzumab, is not related to total lifetime dose and is often reversible.

Certain chemotherapy medications, such as taxanes, can cause an abnormal heart rhythm. This typically occurs temporarily during administration of the medications, so if you feel lightheaded or faint be sure to tell your chemotherapy nurse or doctor.

The drugs fluorouracil and capecitabine (Xeloda) can cause spasms of the coronary arteries and bring on a heart attack. This typically reverses quickly once the drug is stopped. If you have severe chest pain or shortness of breath while using these medications, tell your doctor immediately. If symptoms are severe, go to the nearest emergency room or call 911 or your local emergency number.

If your doctor is considering a chemotherapy drug that may affect your heart, you may undergo heart function testing before starting treatment. During treatment, you may need periodic heart monitoring as well. If you have a pre-existing heart condition, such as cardiomyopathy, your doctor may suggest a different type of chemotherapy.

If you experience significant problems, such as shortness of breath with minimal exertion or chest pain during chemotherapy, report it immediately to your health care team.

In addition, some cancers require radiation therapy. If the area of your body receiving radiation includes your heart, you have an increased risk of cardiomyopathy, coronary artery disease and heart attack. The combination of radiation and chemotherapy can further increase your risk of heart damage. However, your doctor can take steps to reduce these risks as much as possible.

You may ask, how are each of us fairing now? We are doing well. I strive to continue research in the area with the help of my friends, Dr. Claudia Davis, Dr. Robina Smith, Dr. Ashing (City of Hope) and others who have recognized the specific correlation between African American/Women of Color Breast Cancer Survivors and heart disease. My role as a survivor and breast health educator is to tell this story, to share it verbally as well as through the written word; to tell the stories of those women I encounter or their family members, caregivers and care providers. My friend, Dr. Robina Smith said “DeBorrah, I want to save thousands of lives”. My friend, Dr. Claudia is constantly seeking funding to study the quality of life that we as African American Women/Women of Color experience after Breast Cancer as well as study this correlation. My friend Dr. Ashing, is equally committed to studying and improving the quality of life for those of us who have received the diagnosis no woman wants to hear.  We all, through God, are not only surviving but thriving.  I, DeBorrah share the same sentiment as Dr. Robina, Dr. Claudia and Dr. Ashing. Through the stories I share, I, too want to save thousands of lives. I hope with this writing, I have begun to save the ones you love and to save your life as well.

“If I can save one life through this journey, then my life has not been in vain”

Look for my upco